This page is also available in:

Many of you have been using the WinMX patches for a while now and recently many have expressed a wish to know how they work, so we wrote this to help you understand a little more of the details and give you a better understanding of the systems in use. 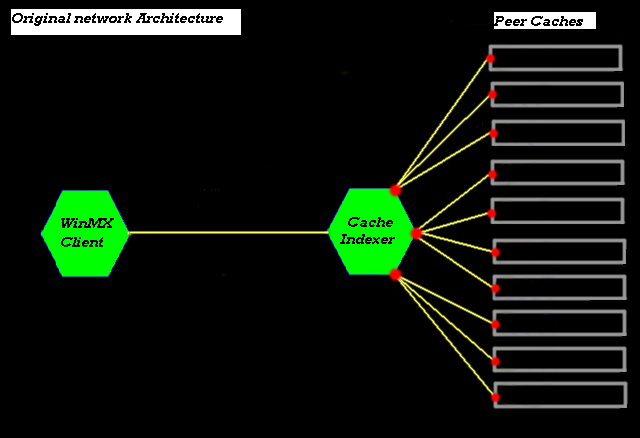 As you can see the system was plain and simple enough, with the client contacting the cache index (actually a DNS server - Domain Name System)
and receiving the address of an actual peer cache that delivered visiting clients with ten Primary node/IP addresses
that could be connected to on the WPN, whilst allowing expansion and replacement of caches at the indexer level to avoid requiring a rewrite of the client.

This was the basic system employed by Frontcode/WinMX Technologies to allow clients to connect to the network,
the Cache Indexer being the critical piece that allowed them to add a list of different DNS names to regionalize the WinMX clients based on the clients own settings.
This would of course help bring more local clients together allowing for faster transfers and improved chances of obtaining the popular
types of file content in any particular region.

When the operators of WinMX.Com shut down their service they closed the Cache Index and this in a single instance made the entire system useless,
as no system was in place to allow clients to continue to join the network,
this situation changed when winmxgroup developed a patch and made many further improvements such as fake file filtering and blocking,
this then became the patch of choice for many file sharers and used the system shown here. 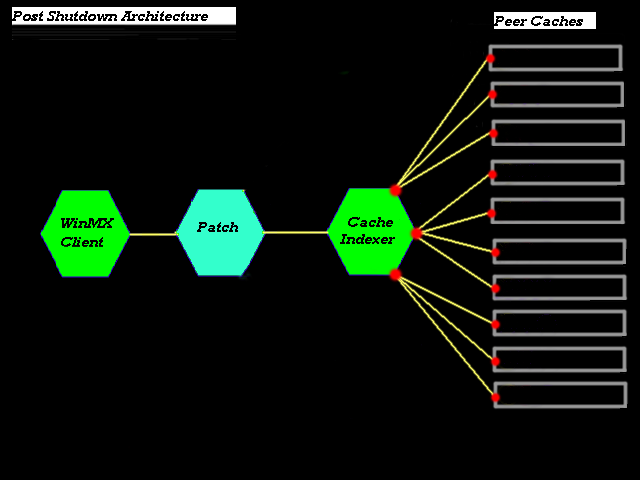 After nearly two years of operation WinMXGroup made the decision many had feared and closed their
Cache Indexer and Caches, this then led to yet another effort to pick up the pieces by the community.

Having relied twice now on solutions that involved a weak point, the community has learned its lesson and deployed a more robust system
that is not under the control of a single individual nor hosted in the same place,
the solution deployed is now based on a new architecture and hopefully will be more enduring than its predecessors. 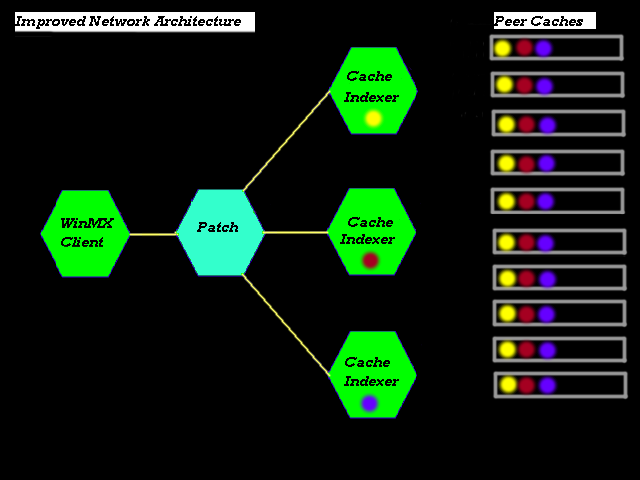 In this system all caches are pointed to by all indexing servers and as such can be expanded fairly easily in an emergency,
you will notice there are now 3 separately located and operated Cache Indexers, each can be queried in turn if one is not accessible for any reason, also each is capable of accessing many tens of caches.
We hope you will agree this is a superior system of connecting to the network and hopefully will be trouble free for the foreseeable future.