Firstly let me thank all of those who have given helpful feedback and generous public support for this project, Thank you !!!

We managed to get the initial release out of the way and it was in general well received but we fully understand there are annoying bugs and missing features you all need so the main area of effort so far has been to work on these two aspects of the client and try to balance the reported problems along with the ones we know need work on from the other side of the fence.
I mention this so as some folks may ask whats been going on when they get the beta 2 version and it may not be immediately obvious whats been fixed so heres a whole topic devoted to informing you in detail of all the fixes undertaken so far. I hope you forgive the delays and join with me in congratulating the development team for their continued efforts, cheers team.

List of updates ...
1) Annoying message boxes in transfers turned off - these where for checking the packet types being sent during file request stage. Left in the beta 1 release by accident, sorry folks. 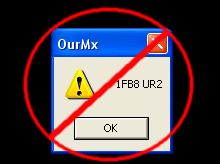 2)  Added some checking code to let the user know if Ourmx is trying to use TCP or UDP ports already in usage.

3)  Adjusted the number of times the client could attempt to rejoin a chat room from 3 to 1 as this was causing a flood warning in some rooms.

6)  Completed functionality of hotlist button in browse window, user data is now copied to the hotlist when button is operated.

7)  Fixed the full path button in the browse window

9)  Another partial fix in the bandwidth windows, fixed colour selection controls that seemed to have been broken by accident at some stage and added the base for further graph lines to be added along with the existing ones.

10)  Fixed the graph speed control in the bandwith control window in the settings.

11)  Added a routine to grab the blocklist and create a blocklist file in the ourmx folder, this is so we can refer to it while the client is running, this has not been automated yet to grab this at startup but that is the plan for the future, currently a temporary button is in place to do this. Why you ask ? This is simply because one coder is doing one part and another the other so they add such "temporary" routines that are removed when both parts are completed.

12)  Added a language selection dlg, this allows the user to select any of the langauge files contained in the language folder. 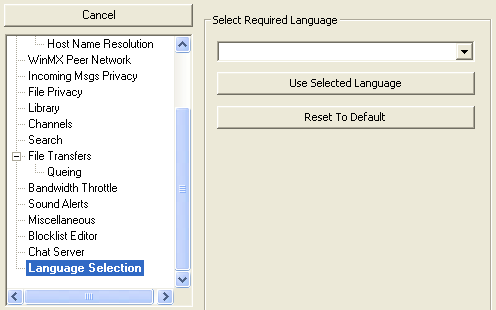 14)  Added a basic routine to grab client update status from a website and display it in the update box.

15)  Added a fix for the loopback address to appear in the chatlist after pressing the "host" button in primary mode.

16)  Added a fix for the locally hosted chat room name being broken, the address appeared fine but not the name.

18)  Work undertaken to build completely new library with on-idle processing of files to prevent the current bottleneck situation in beta 1, intergrating this into beta 2 is still ongoing.

21)  Finalised the "Region" selection routine so that setup wizard region data is passed to the peer cache for possible area specific network localisation, the peer caches dont yet support this but can be updated at some stage to utilise this function.

22) Transfer window menus now operational, submenus are still being worked on but are in place.

24) Reworked the Library View to remove the tick boxes and added the "Shared" files column with a simple green "Yes" for shared and a red "No" for unshared file indication. Also you may have spotted that the bytes numerals are now commarised.
While we where in there we have added a few further menu functions.

25) A Chat Login Management dlg has been added to the chat server settings controls so passwords can be easily set up and stored for usage when you are hosting a chat Channel. 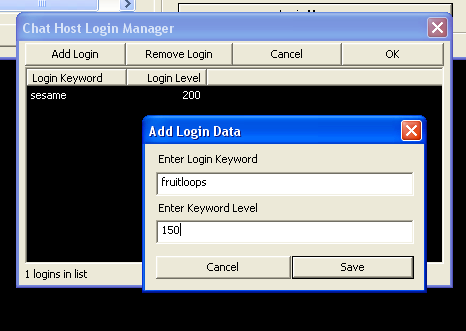 27) Work has started on the intergration of an OpenNap Client into OurMX, the OpenNap view window is in place and a basic system of data entry into the listview has been acheived to allow for the server information to be visible, and in the right colours.
The settings dialogue was reworked to retrofit the missing OpenNap Config controls and these are now in place. 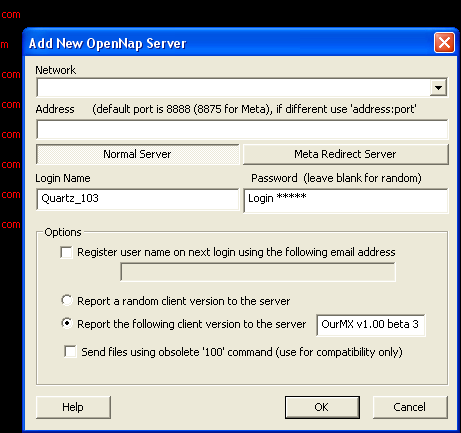 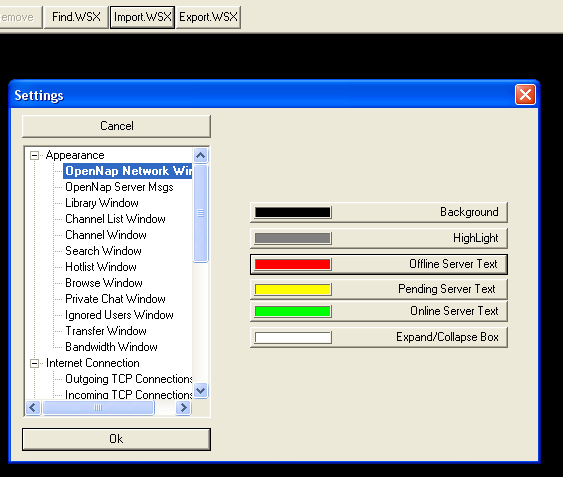 28) Some of you have asked for the following feature so here it is, browse filtering now works with a helpful new status message. 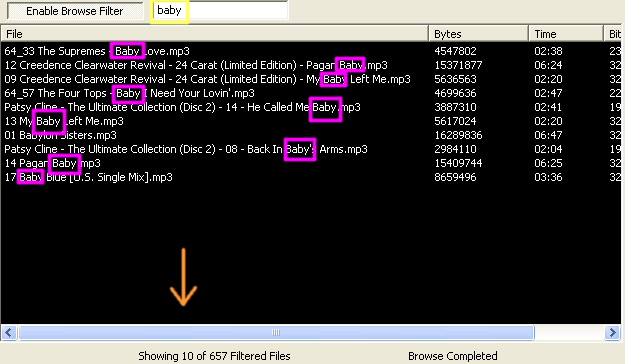 29) To assist with filtering out unwanted or false entries we have now completed the "Ping All" and "Ping Selected" mechanisms. 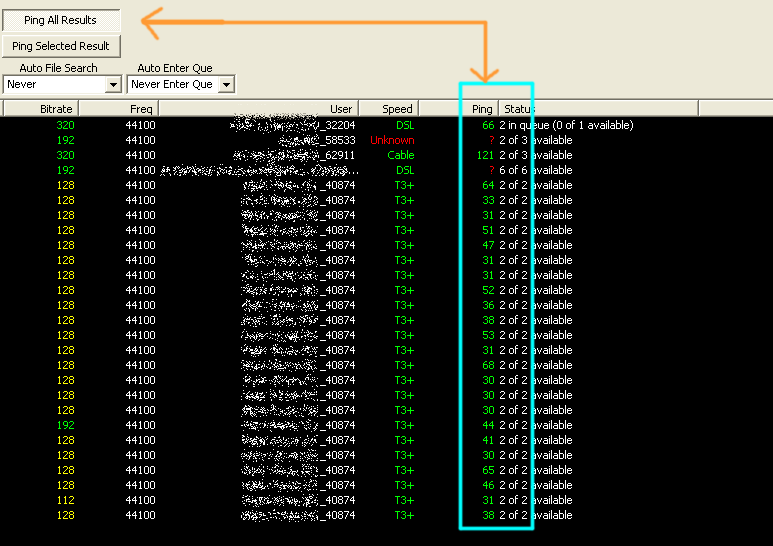 30) Bitrate colours have now been added to the library View, due to a limitation in the compiler however these are limited to approximately 250 values and so some mp3's with a non-standard bitrate may appear in white.
We may in future rework this area to allow colour selections based on or around the standard values since atm the decimal based colour settings in the WinMX client bear little relationship to those values.

The OurMx Project is still continuing and further updates will appear here so always keep your eyes peeled : ))