Magic roundabout is the name given to a potentially useful nework security mechanism that would alter the way search query packets are relayed across the network, instead of the existing network header with hops counter and data packet method the new idea is to use a new header prefaced data packet for each hop. 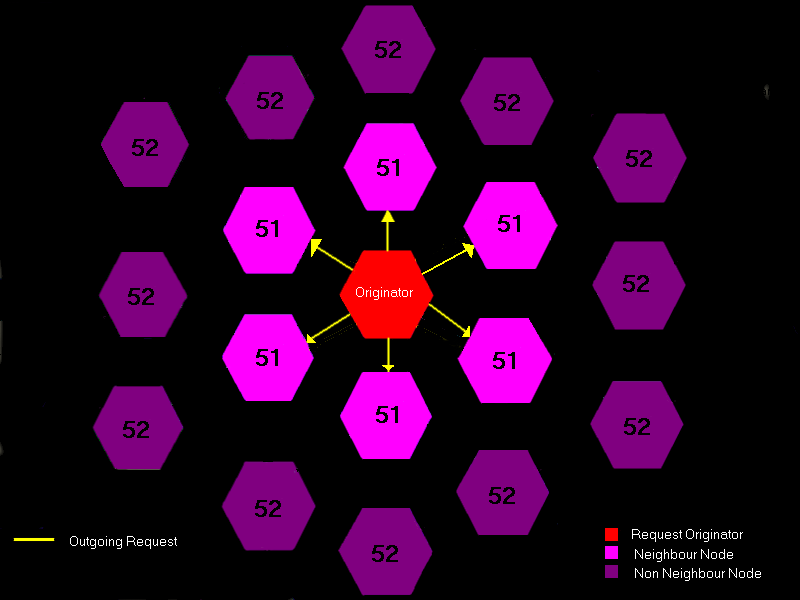 This has some advangtages over the existing method and one of those is that it would end the ability of an attacker to use the same attack packet across the whole network, the "zoned" packets architecture can be utilised effectively to reveal a rogue client's position within the network layer but also has the benefit of allowing for packet specific check to be employed and a management layer to be added to scrutinise response requiring packets, on another level it would be more efficient in the network level processing to sideline such traffic out of the way of other more network critical traffic ie: node sharing, slot allocation announcements and other factors.

A sequential set of extending range packets would be required to be exchanged to both minimise general network traffic overhead and a ring buffer of historical search query data created and maintained locally that consists of remote peers, the security side of the mechanism would be simply to detect those clients that deliver packets not following the zone sequence ( search ring 1, search ring 2 search ring 3  tc )and thus the possibility exists to dump such obviously flawed traffic (ring 3 traffic with no ring one or 2 being seen for a zone 1 packet ) before it becomes a nusiance.